Home > About > Our Pastor

Scott McGrady became our pastor on June 1, 2017. He is a graduate of Lancaster Bible College (B.S.) and Baptist Bible Seminary (Master of Divinity). He first entered pastoral ministry in 2008, and from 2009 until 2017 Scott served as a fire chaplain. He and his wife, Suzanne, are both originally from the Wilkes-Barre area (PA). They were married in October of 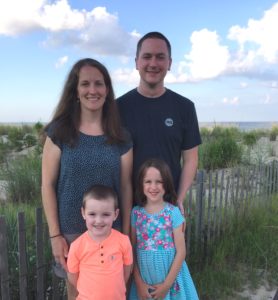 2008, and have been blessed with two children.